Raw zigzags of color convey a girl's rage in this compassionate volume, which proposes a cure for anger. Sophie's temper flares when her sister demands a turn playing with a favorite stuffed gorilla. Matters worsen when Sophie's mother passes judgment ("It is her turn now, Sophie") and Sophie trips over a toy truck in the resulting tug-of-war. Infernal shades of orange, yellow and red liken Sophie to a shuddering volcano; a gray cat with jagged fur wisely gets out of her way. With the "PABAM!" of a slammed door, the girl races outside. "She runs and runs and runs until she can't run anymore. Then, for a little while, she cries." Gradually, a calmer Sophie begins noticing birds and ferns. When she returns home, relaxed again, her sister has abandoned the gorilla in favor of a tabletop puzzle. With minimal text, Bang (Common Ground; Ten, Nine Eight) gives a realistic account of embattled siblings and prescribes self-imposed solitude. Edgy illustrations with roilingly patterned foreground shapes and looming, dark backgrounds convey Sophie's inner violence; in particular, a quiet image of a ghostly gray beech against a midnight-blue sky is reminiscent of Van Gogh's Japanese-print-inspired scenes. Bang's evocatively illustrated book suggests no quick fixes; she treats childhood emotions with respect. Ages 2-7.

内容提要
小孩子有坏脾气吗?不要紧,坏脾气就像小狗一样,可以驯服它。
Feelings"Oh is Sophie ever angry now!"Everybody gets angry sometimes. For children, anger can be very upsetting. Parents, teachers, and children can talk about it. People do lots of different things when they get angry. In this Caldecott-honor book, kids will see what Sophie does when she gets angry. What do you do?"...Bang's double-page illustrations, vibrating with saturated colors, that reveal the drama of the child's emotions."-SLJ, starred review"...an elegant and thought-provoking book for...children learning how to deal with emotions." -NY Times Book Review 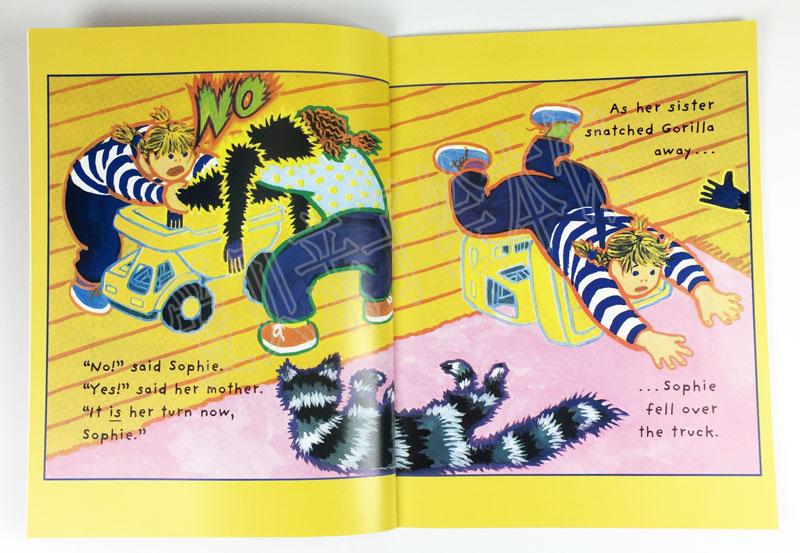 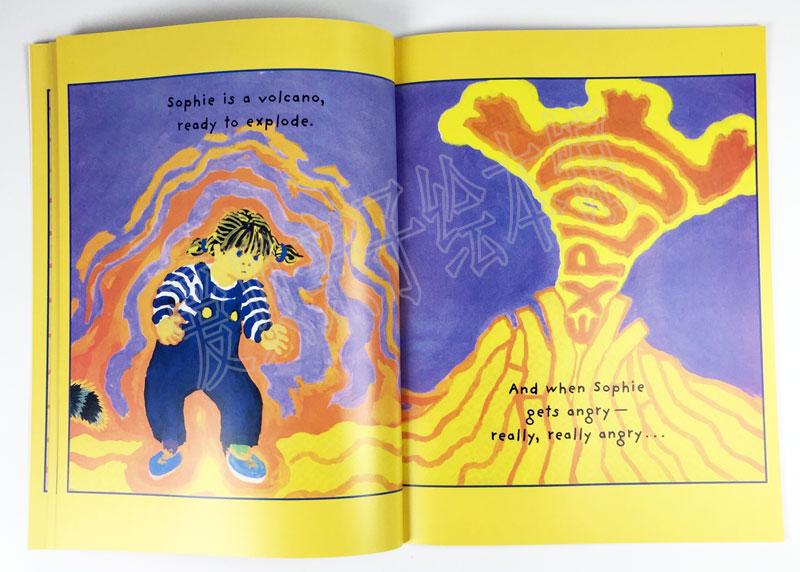 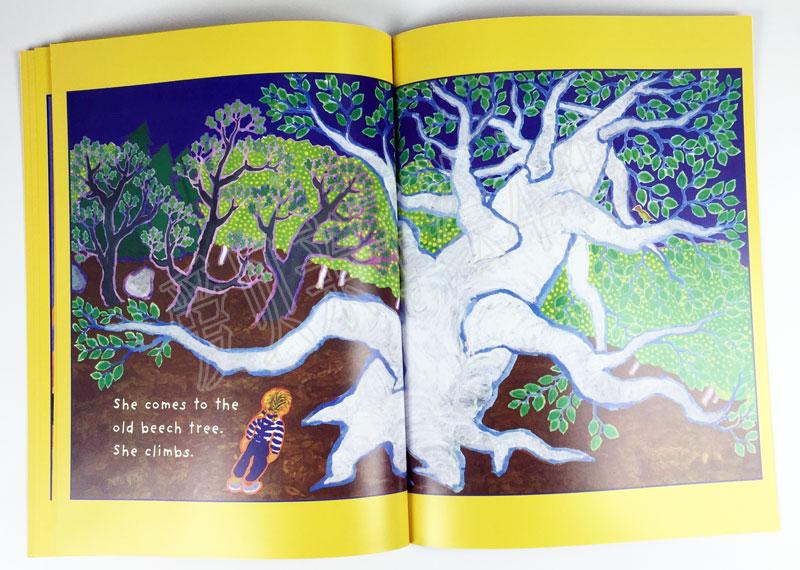